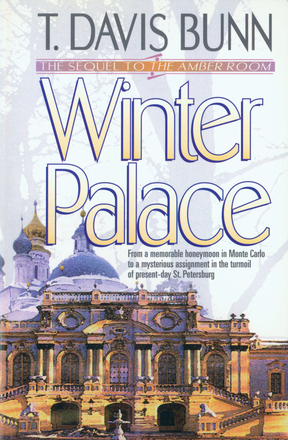 The struggle--for power, wealth, and souls--in the crumbling Soviet Empire

Jeffrey Sinclair is on top of the world. He is growing in professional success in the antiques trade, in his spiritual quest for a better understanding of God, and in his love for the beautiful Katya. But his world is suddenly shaken when his mentor Alexander falls ill, leaving Jeffrey to take on new responsibilities. What begins as an enjoyable honeymoon visit to Monte Carlo, ends with a mysterious assignment to reclaim a deposed Russian nobleman's winter palace.

Thrust into the turbulence of modern-day St. Petersburg, Jeffrey's search constantly links him to the riches of its tsarist history. Here he confronts the dangerous collusion that has emerged between former Communist Party members, KGB agents, and self-styled "Mafia" gangs of criminals and black-marketers. But most striking to him is the material and spiritual hunger which gnaws at the people. Who will meet this incredible need?

And is it just the estate Count Markov seeks to recover, or is there something more?