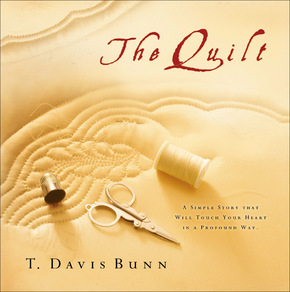 A Truly Beautiful Story That Transcends Time and Place

The Quilt is the story of Mary, an elderly grandmother whose gnarled, arthritic hands have a beauty all their own. They represent so many skills, so many memories, so many stories to be told. Anyone who had met Mary described her as beautiful--she had always been there to listen and comfort and encourage those who were in pain, those who had lost their way. And yet in the twilight of her days, Mary felt a gentle yearning in her heart, the whisper of a melody she strained to hear.... There was something left undone.When Mary becomes convinced that the task still unfinished is to make one more very special quilt, with every stitch sewn in prayer and thankfulness, the impact on her family and the surrounding community cannot be contained. No one who gets involved with this quilting project will ever be quite the same again!