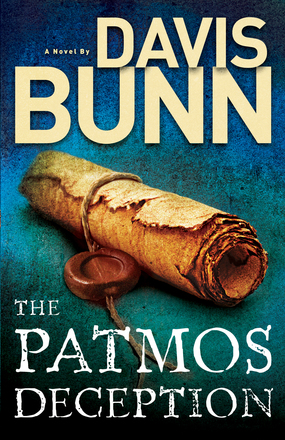 Nick Hennessy, a young Texas journalist yearning for his big break, finds himself in Europe--his assignment, to investigate the alarming disappearance of invaluable Grecian antiquities. Nick has the credentials--and cover ID--to unearth the truth. And he knows just the researcher to help him...

Carey Mathers, fresh from her studies in forensic archeology, has accepted a job with the prestigious Athens Institute for Antiquities--a dream come true, really, particularly when the Greek isle of Patmos, where the Apostle John received his vision of the Apocalypse, was a particular focus of her research.

Dimitri Rubinos, for whom the Greek islands represent his life, holds on by his fingernails to the family charter boat business. But his country's economic chaos isn't the only thing that has turned his world on its head...

The romance between Carey and Nicholas is richly textured with spirituality. . . . a great story that bridges ancient life 20 centuries ago with a brilliant mystery plot and plenty of regional charm.