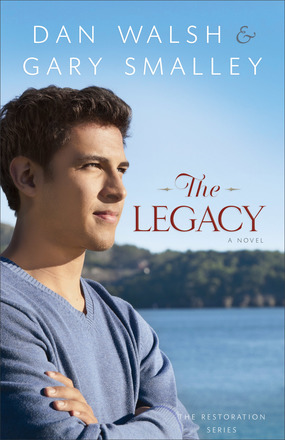 For years, Doug Anderson has been drifting slowly but steadily away from both his family and his faith. His parents have been trying to reach him before he falls too far. His friend Christina hopes what she is seeing online isn't true. But sometimes you have to hit bottom before you're ready to grow up.

Just as things begin to settle down a bit, Doug's life takes a turn that requires every bit of faith and patience for both his family and Christina--whose growing feelings for Doug, a man who writes her off as not worth his time, keep her off balance. Will Doug's crisis finally clear his vision and help him focus on what he has right in front of him?


The emotionally gripping conclusion to the series critics are calling . . .


Dan Walsh is the bestselling author of many books, including The Dance, The Promise, and The Desire with Gary Smalley. He has won three Carol Awards, and three of his novels were finalists for RT Book Reviews Inspirational Book of the Year. He lives with his wife in the Daytona Beach area, where he's busy researching and writing his next novel.

Gary Smalley (1940-2016) was one of the country's best-known authors and speakers on family relationships. The bestselling and award-winning author or coauthor of many books, along with several popular films and videos, he spent more than thirty years learning, teaching, and counseling, speaking to over two million people in live conferences.

"This close-to-home, prodigal-son story will speak to readers who pushed their parents' boundaries and offer comfort to parents who fear their child is the only one acting out. Walsh and Smalley have written a story of romance, faith, and grace taht is both enjoyable and powerful in its message."

"The authors draw on personal experience, and readers, particularly those with uncommitted adult children, will find reassurance in the words of wise Uncle Henry. The importance of prayer, unconditional love, and patience are demonstrated in the persistence of Doug's family as he wrestles with his own duplicity."