series: Class of Their Own, A 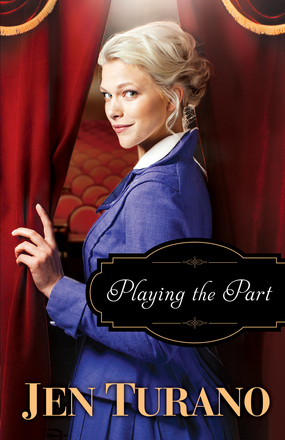 "Turano, known for her delightfully humorous tales, has done it again."--Booklist starred review of In Good Company

Lucetta Plum is an actress on the rise in New York City, but must abandon her starring role when a fan's interest turns threatening. Lucetta's widowed friend, Abigail Hart, seizes the opportunity to meddle in Lucetta's life and promptly whisks her away to safety at her eligible grandson's estate.

At first glance, Bram Haverstein appears to be a gentleman of means--albeit an eccentric one--but a mysterious career and a secret fascination with a certain actress mean there's much more to him than society knows.

While Lucetta has no interest in Abigail's matchmaking machinations, she can't ignore the strange things going on in Bram's house and the secrets he hides. As the hijinks and hilarity that Bram, Lucetta, and their friends are swept into take a more dangerous turn, can they accept who they are behind the parts they play in time to save the day?

"Turano has crafted another feisty female protagonist who defies the mores of her time, in this case 1882 New York. This provocative novel brims with the author's trademark humor and subtle romantic style laced with faith."

"The author will have readers laughing out loud and rooting for their favorite characters to fall in love. Lucetta is a plucky, admirable character filled with wit and intelligence. You will want to catch up with the first two books and then put this fast-paced, engaging novel on your must-buy list."