The Way of the Brave

by: Susan May Warren 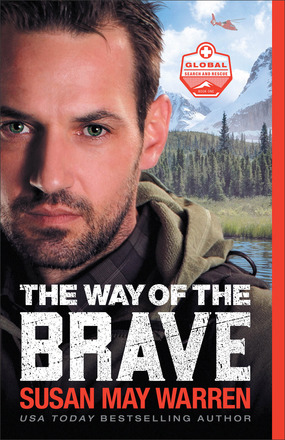 "The Way of the Brave grabbed me at the first chapter and never let go. Susan May Warren is a master storyteller."--Rachel Hauck, New York Times bestselling author of The Wedding Dress and The Memory House

Haunted by the memory of a rescue gone wrong, former pararescue jumper Orion Starr has no desire to join Hamilton Jones's elite rescue team. But he also can't shirk his duty when the call comes in to rescue three lost climbers on Denali in Alaska.

Jenny Calhoun's yearly extreme challenge with her best friends is her only escape from her guilt. The former CIA profiler and psychiatrist green-lighted an operation against the Taliban that ended in ambush and lives lost. When her cathartic climb on Denali turns deadly, she'll be forced to trust her life to the most dangerous of heroes--the man she nearly killed.

Orion and Jenny will have to put their wounds behind them to save their friends . . . and their hearts.


Susan May Warren is a USA Today bestselling author with more than 1 million books sold. Winner of a RITA Award and multiple Christy and Carol Awards, as well as the HOLT Medallion and numerous Readers' Choice Awards, Susan makes her home in Minnesota. Find her online at www.susanmaywarren.com, on Facebook at Susan May Warren Fiction, and on Twitter @susanmaywarren.

"The Way of the Brave grabbed me at the first chapter and never let go. Susan May Warren is a master storyteller, creating strong, confident, and compassionate characters. This book is no different. The healing of Jenny and Orion as they brave the elements of Denali is a perfect mirror of our journey in Christ. Daily we must go 'the way of the brave.'"

Praise for the Montana Rescue Series

"Troubled Waters is a story that will not be easy to forget and one that you will read again."--Fresh Fiction

"Everything about this story sparkles: snappy dialogue, high-flying action, and mountain scenery that beckons the reader to take up snowboarding."--Publishers Weekly

"Warren excels at creating flawed characters the reader cares about, as well as building a suspenseful adventure. She draws vivid word pictures in her stories, with a faith element that is present but not preachy. Readers will be engaged from the first page until the last."--Christian Library Journal