The Sisters of Sea View 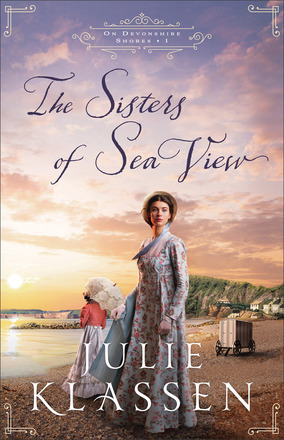 Some guests have come for a holiday, others for hidden reasons of their own . . .

When their father's death leaves them impoverished, Sarah Summers and her genteel sisters fear they will be forced to sell the house and separate to earn livelihoods as governesses or companions. Determined to stay together, Sarah convinces them to open their seaside home to guests to make ends meet and provide for their ailing mother. Instead of the elderly invalids they expect to receive, however, they find themselves hosting eligible gentlemen. Sarah is soon torn between a growing attraction to a mysterious Scottish widower and duty to her family.

Viola Summers wears a veil to cover her scar. When forced to choose between helping in her family's new guest house and earning money to hire a maid to do her share, she chooses the latter. She reluctantly agrees to read to some of Sidmouth's many invalids, preferring the company of a few elders with failing eyesight to the fashionable guests staying in their home. But when her first client turns out to be a wounded officer in his thirties, Viola soon wishes she had chosen differently. Her new situation exposes her scars--both visible and those hidden deep within--and her cloistered heart will never be the same.

Join the Summers sisters on the Devonshire coast, where they discover the power of friendship, loyalty, love, and new beginnings.

"Jane Austen fans will delight in this nimble series launch from Klassen. Klassen excels at weaving her various story lines, each emphasizing the colorful qualities of her characters and allowing them the space to shine. Readers will be eager for the next installment."