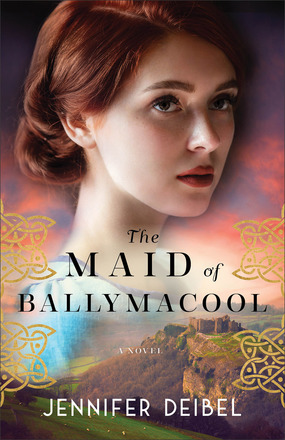 "A slow-building, delicious romance wrapped in a mystery!"--Erica Vetsch, author of the Thorndike & Swann Regency Mysteries


Brianna Kelly has worked at Ballymacool House and Boarding School since she was a wee girl and will likely die there. Despite a sense that she was made for something more, Brianna feels powerless to change her situation, so she consoles herself by exploring the Ballymacool grounds, looking for hidden treasures to add to the secret trove beneath the floorboards of her room.

When Michael Wray, the son of local gentry, is sent to Ballymacool to deal with his unruly cousin, he finds himself drawn to Brianna, immediately and inescapably. There is something about her that feels so . . . familiar.

When Brianna unearths an intriguing silver platter in the woods, she commits to learning its origins. Could the handsome newcomer hold the key? If so, their discovery could change everything.

"A slow-building, delicious romance wrapped in a mystery that unfolds with tantalizing clues to keep you guessing! I am a fan of Jennifer Deibel, and I think you will be too!"