What Happens When Muslims Believe in Christ 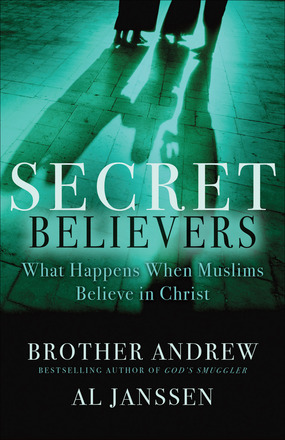 In his most incredible and eye-opening book to date, Brother Andrew invites you to experience the riveting true story of the Church in Islamic countries. In the Middle East, Christians struggle to come to grips with hostile governments, terrorist acts, and an influx of Muslims coming to Christ. The names and places have been changed to protect the real people in the real places. But the stories are true.

Secret Believers not only gives you a glimpse of the lives of these courageous believers, it also proposes four practical initiatives for Christians in the West to help these persecuted brothers and sisters. It calls us to join a new kind of jihad, leaving vengeance behind in favor of forgiveness, radical love, and unyielding prayer.