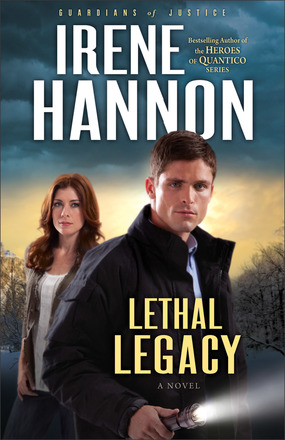 The police say her father's death was suicide. Kelly Warren says it was murder--and she has new evidence to prove it. Detective Cole Taylor doesn't put much credence in her claim, and nothing in his case review suggests foul play. But when he digs deeper (delete dash) and discovers startling information linking her to a long-buried secret, the danger escalates. Is history repeating itself? And who wants Kelly silenced?

Praise for Irene Hannon and Guardians of Justice Series

"Fatal Judgment is Irene Hannon's storytelling at its best. I enjoyed every minute."--Dee Henderson

"Hannon's ability to write scenes that cause readers to feel uneasy and to second guess their safety always makes her stories page turners."--RT Book Reviews

"RITA Award-winning Hannon's second installment in her Guardians of Justice series delivers compelling characters and an emotionally engaging plot powered by a surfeit of nail-biting suspense. Deadly Pursuit is tailor-made for devoted readers of Dee Henderson and Terri Blackstock."--Booklist

"Hannon's second installment in the Guardians of Justice series is full of action, suspense and just the right amount of romance."--RT Book Reviews

"Deadly Pursuit is Hannon's storytelling at its best. With a surefire mix of suspense, action and romance, it will appeal to both genders . . . including people like me, 'the almost ready for primetime romantic.'"--TitleTrakk.com

"Deadly Pursuit held my interest from beginning to end. It is a don't-put-me-down type book."--The Suspense Zone

"Irene Hannon weaves together a good story of suspense and romance."--
sleuthsandsuspects.blogspot.com