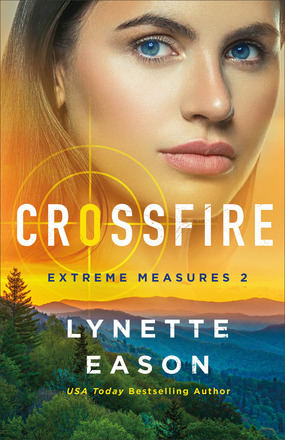 She's never lost a hostage. Surely she can manage to take care of her sister.

FBI special agent Julianna Jameson is a top-notch negotiator, but when her much younger sister, Dottie, needs a place to live while she finishes high school, Julianna's skills will be put to the test.

Former sniper Clay Fox left the army after a tragic incident that he can't get past. Until he can figure out what to do with the rest of his life, he's working as a resource officer at a school. Dottie's school.

When Julianna is called in to negotiate a courtroom hostage situation involving Clay's sister, he's impressed--and, if he's honest, a bit intimidated--by the calm, capable woman with the dark hair and blue eyes, and invites her to speak at the school.

But as the anniversary of a school shooting from Julianna's past approaches, it becomes clear that her perfect record is about to be tested and that Dottie is at risk. If Julianna and Clay can't figure out who's behind the attacks, more innocent people will die--and Dottie is next in line.


Praise for the Extreme Measures series

"An edge-of-your-seat suspense thriller from start to finish."--Library Journal on Life Flight