This title might be available for $5.99 from your favorite retailer See other ebook specials 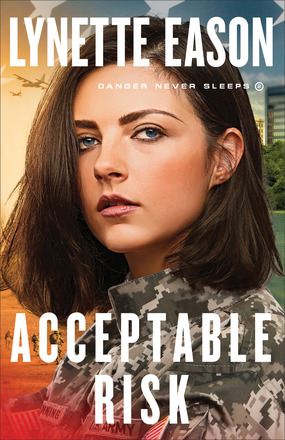 For one journalist, the story of a lifetime is hitting too close to home

Sarah Denning is a military journalist with the Army in the Middle East when she is taken hostage. When former Army Ranger Gavin Black is asked by his old unit commander--Sarah's imposing father--to plan an extremely risky rescue, he reluctantly agrees and successfully executes it.

Back in the US, Sarah is livid when she's discharged on a false psychiatric evaluation and vows to return to the Army. Until she learns of her brother's suicide. Unable to believe her brother would do such a thing, she puts her plans on hold and enlists Gavin to help her discover the truth. What they uncover may be the biggest story of Sarah's career--if she can survive long enough to write it.

"Every page had me on the edge of my seat."--Urban Lit Magazine


Lynette Eason is the bestselling author of Collateral Damage and Protecting Tanner Hollow, as well as the Blue Justice, Women of Justice, Deadly Reunions, Hidden Identity, and Elite Guardians series. She is the winner of three ACFW Carol Awards, the Selah Award, and the Inspirational Reader's Choice Award, among others. She is a graduate of the University of South Carolina and has a master's degree in education from Converse College. Eason lives in South Carolina with her husband and two children. Learn more at www.lynetteeason.com.

"Readers will be kept on the edge of their seats."

"Acceptable Risk by Lynette Eason is another can't-put-down suspense thriller. Eason never disappoints me and Acceptable Risk is no exception. . . . You won't want to miss this one."

More Than a Review

"Buckle up, folks, because you are going on a wild roller-coaster ride, and you'll probably not put this book down until you are done."